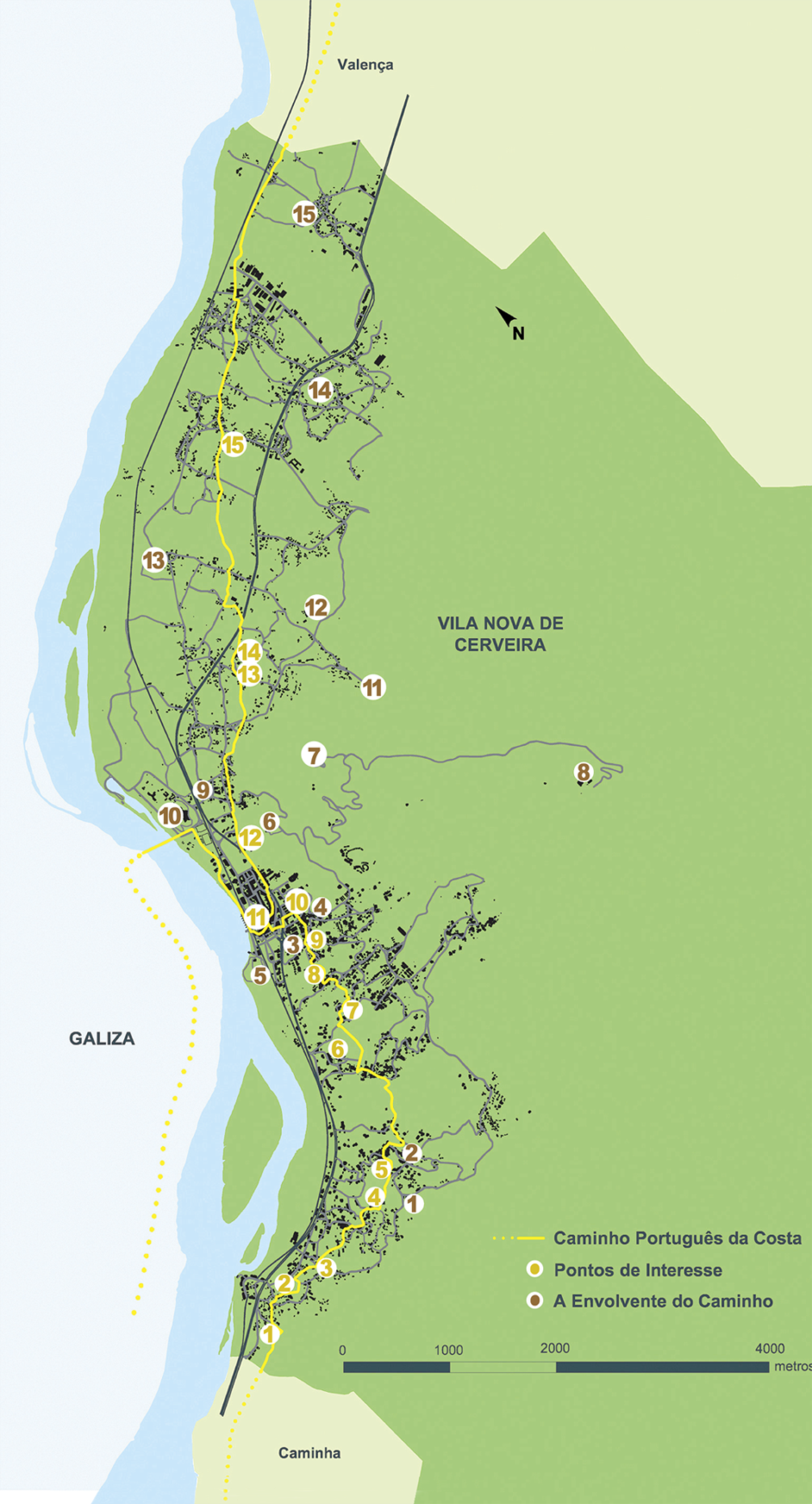 About the Portuguese Way, as for all the others, one cannot speak of the rigor of a single path. The Portuguese Coastal Path that connects Porto to other coastal municipalities, with the alternative of connecting to Galicia by crossing the Minho river in La Guardia (in front of Caminha), Goian (through Vila Nova de Cerveira) or even Tui (by Valença do Minho) was, according to some historians, one of the most important axes to reach the house of the apostle in Santiago de Compostela. This seafront path from the port town of Porto passing through Matosinhos, Maia, Vila do Conde, Póvoa de Varzim, Esposende, Viana do Castelo and Caminha will appear with due importance only in the modern era, from the 18th century onwards, being used by coastal populations and those who disembarked at sea ports. 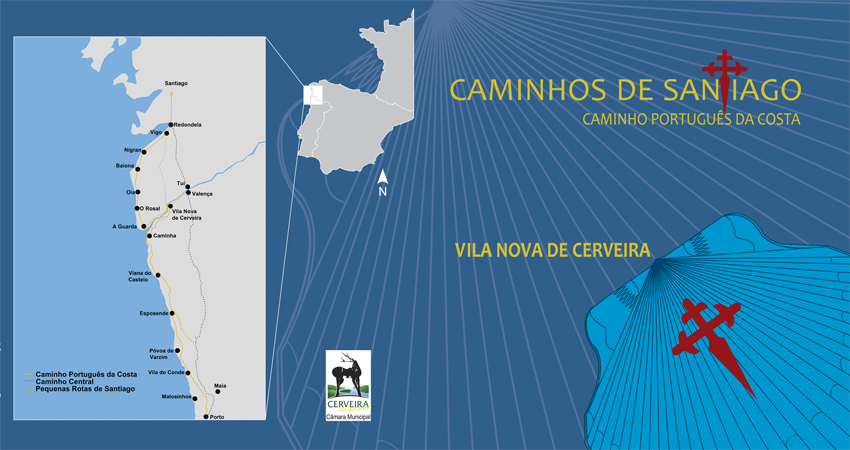 For those who choose to cross the Rio Minho in Vila Nova de Cerveira or head to Valença, there is a smooth path, parallel to the banks of the Minho, over which there are wide views marked by the green of the banks and the blue of the waters and heavens. The route runs at the foot of Monte de Goios and Serra da Gávea, and takes us through housing clusters of rural features and punctuated by beautiful examples of the best Alto Minhota architecture, of which churches, chapels, and sunny houses stand out. A must-see point is the Historic Center of Vila Nova de Cerveira, where the castle built by D. Dinis defended the passage of Rio.

Casa do Cais Cerveira is part of the Caminhos de Santiago route and welcomes many pilgrims throughout the year.